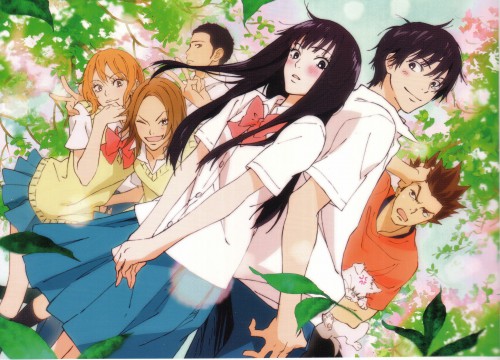 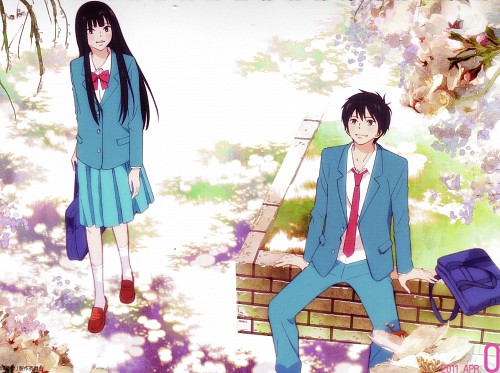 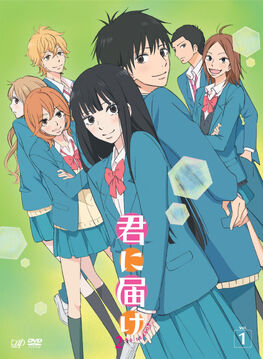 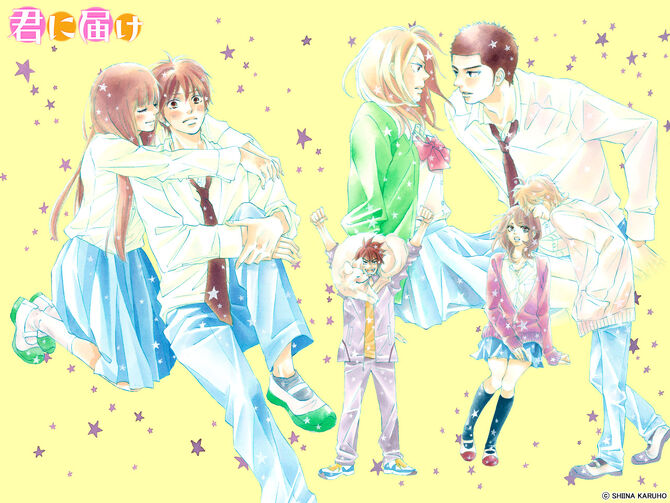 Here you'll find all the information about the anime and manga!

Kimi ni Todoke: From Me to You (君に届け, lit. Reaching You) is a Japanese shōjo romance manga by Karuho Shiina. It has been published by Shueisha in Bessatsu Margaret since 2005 and collected in 29 tankōbon volumes as of November 13, 2017.

Two anime adaptations of Kimi ni Todoke were aired in Japan produced by Production I.G. The first season of the Kimi ni Todoke anime adaptation aired between October 2009 and March 2010 with 25 episodes while the second season of the anime was announced in Betsuma Magazine, began airing in Japan on January 4, 2011 and lasted for 12 episodes. A live action film adaptation was released in 2010 starring Mikako Tabe and Haruma Miura.

This story is centered around a girl named Kuronuma Sawako who is nicknamed Sadako (ghost girl from "The Ring") by her classmates because of her scary face and demeanor. She greatly admires Kazehaya-kun from afar, he is "100% refreshing" and is able to draw in people with his personality. Unlike her facial expressions, she yearns to make friends and live as a normal student. Gradually, she starts to affect those around her, including Kazehaya-kun...

This wiki currently needs help with:

You can add information anonymously or log-in and gain the ability to upload images, blog and see less ads.

Community content is available under CC-BY-SA unless otherwise noted.
Advertisement